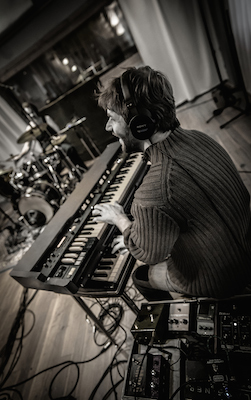 ‘Mike Roelofs has an extraordinary control over his instrument. Furthermore, he isn’t confined to just one style. And he composes, arranges, initiates, organizes, produces, improvises and is deployable both as frontman and as sideman.’
- Jury Glenn Corneille Talent Award, a.o. Bert vd Brink

Mike Roelofs is a versatile musician, entangled in the continuous exploration of his own authenticity. Instead of pigeonholing, he rather embraces the unknown. His style can be defined as inventive, with a touch of avant-garde and depending on the circumstances, he is eager to explore unconventional ways of playing to tell his story. Alongside the piano, Mike often includes other instruments such as percussion or voice. Sound, atmosphere and improvisation serve as threefold guidance, making his music personal and intimate.

Roelofs received several awards including the Dutch Jazz Competition prize for best composition in 2008 during the North Sea Jazz Festival and the Anne MG
Schmidt award for best Dutch theatre song in 2013. As a pianist, Mike is active all over Europe, and beyond. 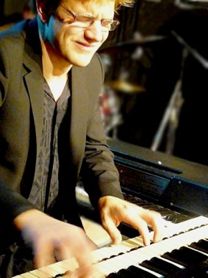 Although my main focus is playing improvised music, I love to be involved in other projects as well. I like to be as open as I can towards other styles of music and the musicians who make that music happen. There is always something new to learn.

Being a sound freak, I have a great passion for the ‘old’ keyboard instruments such as the Hammond Organ, the Fender Rhodes, Wurlitzer and Hohner Clavinet. I exclusively play the 'real thing’ because they inspire me. Maybe therefore, I’ve been fortunate to be part of a lot of recording studio projects. But whether it’s a live performance or a studio session, for me authenticity is the most important thing. I’m always searching for my own voice within the music, so to speak, as well as supporting the band. It could take me a lifetime to eventually find what I’m looking for If I find it at all, but that’s OK. For me it’s all about the journey.

I consider myself lucky I often have the pleasure to play with some great musicians. Always a challenging and thrilling learning experience. In my heart I know I will keep on playing and writing music as long as I’m able to. Because playing music truly is one of the joys in my life.

Mike Roelofs has an extraordinary control over his instrument. Furthermore, he isn’t confined to just one style. And he composes, arranges, initiates, organizes, produces, improvises and is deployable both as frontman and as sideman. He gives solo performances on the most diversified musical traditions and still maintains a voice of his own. A wayward musician that should be given room to do his own thing.
- Jury of the Glenn Corneille Talent Award: Danny Sahupala, Bert van den Brink and Geert Roelofs.

‘I worked with him on four recording projects. He brings an abundance of musicality. In the studio, Mike hears a song only once and immediately weaves a fantastic counter melody through it. There is nothing better than a musician that plays what you want to hear at a registration.’
- Gé Reinders

‘The cd Catharsis (Prova Records) is filled with very skilled jazz without ponderous pretentions. The three men deliver music with the purifying effect that the titel promises. And (pardon me!), I just have to give some extra credit to the pianist: the elven pieces on this album are again proof of his huge talent for composing.’
- Paul van der Steen

Award winning song ‘Mijn Kind’ at Pauw en Witteman.
A piano improvisation in my own studio on my grand piano.
Guest appearance at a German crime television series ‘Kommisar Stolberg’, playing a part of the Köln concert by Keith Jarrett.
Playing with the Ryan Carniaux Quartet on the album ‘Reflections of a persevering spirit.’
Dutch poem ‘Limburgs Dialect’
Ancienne Belgique in Brussels.
Playing with Sam Vloemans at the Belgium Television TV Limburg BE.
Guest appearance in the short movie ’Sea of Tranquility’ by Hans op de Beeck.
Singing a traditional with Sjoerd van Bommel.
Arno Adams, mien maas (here in a music video by Rob Hodselmans)
Trailer of a documentary about dementia, I composed music for.
My YouTube channel.

As sideman and/or producer: